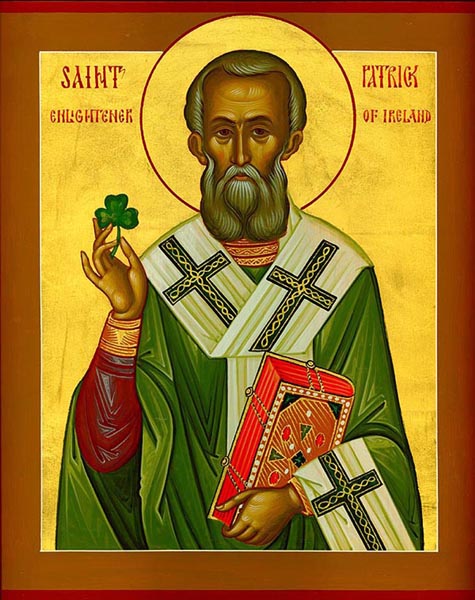 Happy Moltmann Monday! And, in honor of St. Patrick, who, it is said, used the shamrock to explain the Trinity to the Irish, I thought I’d quote from The Trinity and the Kingdom today. Of course, I don’t know what good old St. Patty had to say about the trinity while using the shamrock as a teaching aide. It’s hard to say much of anything about the Trinity, in my opinion, without getting yourself into theological hot water. Moltmann, but of course, spends the whole book telling us why we’ve painted ourselves into a corner for no reason, and how we should just look at the whole thing differently to clear up all these pesky problems. Here’s what he proposes, which I’m sure I’ve talked about many, many times before. It’s called perichoresis.

Only when we are capable of thinking of Persons, relations, and changes in the relations together does the idea of the Trinity lose its usual static, rigid quality. Then not only does the eternal life of the triune God become conceivable; its eternal vitality becomes conceivable, too…

The unity of the trinitarian Persons lies in the circulation of the divine life which they fulfill in their relations to one another. This means that the unity of the triune God cannot and must not be seen in a general concept of divine substance. That would abolish the differences… The Persons cannot and must not be reduced to three modes of being of one and the same divine subject. The Persons themselves constitute both their differences and their unity.

Here’s why I think we have such a difficult time talking about the Trinity: we just cannot imagine the kind of mutually beneficial, mutually indwelling, mutually respecting relationship that is shared between Father, Son and Spirit. To hinge the whole thing on the relationship seems impossible, and highly vulnerable, like they could suffer a “deity break-up” at any moment. Or it seems idealistic, or soft, or too emotional or something. So what we do, in order to feel a sense of control over this, is create these stalwart philosophical and theological declarations which show how God MUST work out logically to be three and one at the same time. But the Trinity isn’t based on logic. It is based on love.

It is based on and exists as the very same steadfast and faithful love that binds God to us. Love and mercy that are unconditional and free and everlasting? That’s as illogical as one can get. It doesn’t make it any less real, or true. And it doesn’t mean it doesn’t make sense, either. It makes total sense–far more sense than all the philosophical leaps and twists we often have to do to hold onto many of the other trinitarian arguments.

We’re perhaps too skeptical to imagine the kind of unity that can have space even for difference, even for distinct Persons, and be strong enough in love to hold them together in total mutual reciprocity. But that’s what the biblical history of God shows us, time and again. Within the life of God, there is never-ending love. Within God’s relationship with God’s people, there is never-ending love.

The most important thing about the Trinity is not the substance or the subject, although we’ve got to talk about those. The center of the Trinity is perichoretic love, a mutual indwelling that does not eclipse one Person into the other but keeps them completely connected and yet distinct.