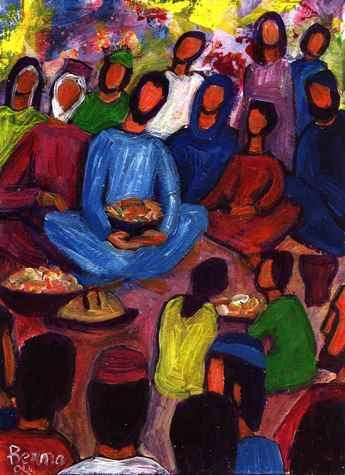 Happy Moltmann Monday everyone! I’ve been re-reading The Way of Jesus Christ and boy, is it fabulous. I’ve got to admit it was one of my later Moltmann reads. In fact, of all Moltmann’s major books, it was the very last one I read. At the time, this was because I was so thankful that he talked about the Holy Spirit and I wanted to read those, and I was dying to know about his ecclesiology so I read that, and I was delighted he was tackling eschatology and so I went there next, and on and on. I thought when I began WJC that I had a good understanding of his Christology, which of course began with my first Moltmann book, The Crucified God. But I was wrong, of course. He has plenty more to say about Jesus, even counting the many amazing things he says about Jesus in his other works. So I have to say I haven’t paid this book the attention it rightly deserves. I have no excuse for it. I just haven’t. AND I SHOULD. Because boy, is it fabulous. I am enjoying it immensely.

So today’s quote comes from his section on Jesus’ acceptance of outcasts:

The system of values that distinguishes good from evil is the same for every member of society, but it is abstract. It takes no account of ability or non-ability. The Pharisees therefore despised the ‘country people’ because they did not keep the law. They were so poor that they were not in a position to do so. The righteous despised the prostitutes- women who saw no other possibility except to sell their own bodies- and called them ‘sinners’, because they could not keep the law. Similarly, the often relatively wealthy tax collectors were also despised because they did business with the Romans. No one asked why. The social cleft between rich and poor is in most cases the reason for the cleft between good and evil, the righteous and sinners.

In all societies there are the ‘high fliers’ who decide what is to count as good and what bad. And there are the people on the bottom rung of the ladder, whom the people further up have to use as a way of setting off their own excellence, because they embody everything that is bad. Where this dualization leads to the formation of different classes, a merciless struggle between ‘good’ and ‘bad’ begins, which ends often enough with the extermination of ‘the bad’…

By accepting ‘sinners and tax collectors’ and prostitutes, Jesus is not justifying the sin, the corruption or the prostitution. But he is breaking through the vicious cycle of their discrimination in the system of values set up by the righteous. In this way he is also potentially rescuing ‘the righteous’ from the compulsion of self-righteousness, and saving ‘the good’ from the possession of the good. But in turning to those who are suffering from discrimination, his commitment is one-sided and partisan. By turning to them in his own person, he reveals to them and their oppressors the messianic righteousness of God, which through the justice of grace makes the unjust just, and the bad good, and the ugly beautiful.

Well. Consider your sermon for this week finished, preachers. That’s the gospel right there. Jesus’ righteousness removes the oppressed from shame and the oppressor from their own false self-righteousness. It’s that second part that doesn’t get preached nearly enough. The idea that the definition of sinners in society is determined by those in power is something we all need to remember, because those of us who hold power in society can very falsely think we are righteous because of our own righteousness and not because we made the rules.

Even worse, we are in danger of using people who live socio-economically “below” us as further proof of our own (false) goodness. The truth of the matter is that we don’t own goodness. Our faith calls us to confess and proclaim that our cultural goodness is not the same as God’s goodness, which frustratingly moves toward and claims people we would like to call “bad.” We don’t have the corner on the goodness market. God has set that out on the Table for everyone- for sinners and tax collectors and prostitutes and Democrats and Republicans and gay and straight and educated and uneducated and rich and poor and powerful and weak and male and female and employed and unemployed and insured and uninsured. That’s the uncomfortable truth. Jesus makes his home among us all, and through the justice of grace he makes us all worthy to come to his Table.

The justice of grace: that’s a good turn of phrase. Jesus’ grace balances out the scales of justice that those of us in power have set off-balance in pursuit of self-righteousness. Thanks be to God for that.