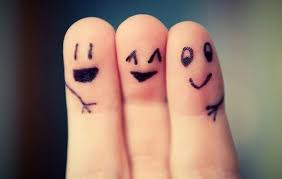 Happy Moltmann Monday! This morning’s selection comes from one of my favorite books, The Church in the Power of the Spirit. Moltmann is talking about the concept of friendship and how central it is to the life of faith- and as a posture of the Church. Open friendship is such a great metaphor; I use it all the time to summarize what I find to be a central role of church.

This modern intimacy and transference of friendship to the private sphere is quite foreign to Jesus’ friendship with his disciples and with people who were publicly known as tax-collectors and sinners. In order to live in his friendship today, Christians must acquire the character of public protection and public respect.

The friendship of Jesus cannot be lived and its friendliness cannot be disseminated when friendship is limited to people who are like ourselves and when it is narrowed down to private life. The messianic feast which Jesus celebrates with his own and with the despised and unregarded is not merely ‘the marriage of the soul with God’; it is also ‘the festival of the earth’…When we compare the ancient and the modern concept of friendship it becomes clear that Christians must show the friendship of Jesus in openness for others, and totally. In his Spirit they will become the friends of others. They will spread friendliness through a sane passion for humanity and the freedom of man…

Open friendship prepares the ground for a friendly world.

One quick thing to mention, for context: Moltmann describes the role of friends in ancient culture, and indeed it was a far more robust understanding than the one we have today, which is kind of like a vague sense of getting along with someone and wanting to go places sometimes with them. Friendship in the way he means it here is much deeper, condoning a sense of equals, a sense of mutuality and support. He writes, “Friendship unites affection with respect.” As a posture for the Church, living in open friendship with the world means looking upon all of creation in this same kind of way. Not in a way that’s domineering, or dictatorial. Not being self-righteous or self-serving about it. We stand in relation to the world as those who love and respect it, and who seek its welfare. We are open to the world. We leave ourselves open to this relationship with it, and we do so in a posture of love and honor.

Friendship unites affection with respect. When we think of it that way, that Jesus calls us friend- that Jesus lived a life of moving intentionally toward people on the margins and calling them friends- is so very beautiful, is it not? Jesus looks at us- at every last one of us- with affection and respect.

I tell you what: that can change a person, being looked at like that.

Let’s follow his lead and do likewise. It prepares the ground for a friendly world- and a transformed world.